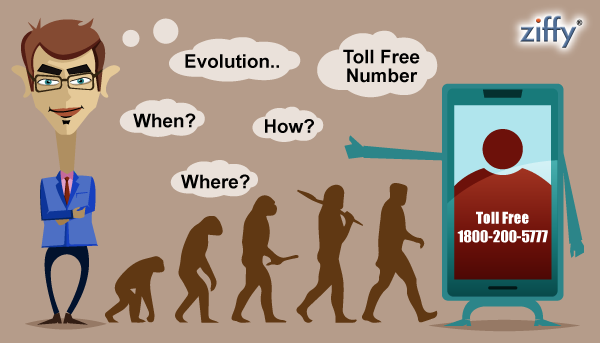 Do you know Toll phone numbers which are primarily used by the start ups today were once considered as luxury contacts meant for multinational companies and multi millionaires?That was a time when 1800 numbers were considered as a daydream because subscribers to this numbers had to pay for all the incoming and outgoing calls as well, apart from the exorbitant set up charges.

The super rich corporations which were using these 1800 numbers used to believe that these free phone numbers justify their investment. Despite being pricey, those millionaires appreciated the benefits of these numbers. They applauded the fact that these numbers have helped them to expand their customer base and strengthening their relationships with them.

What Happens With the Passage of Time?

As the time passed by, the costs gradually went down and these numbers become more affordable. Spurt in the number of toll free phone service providers resulted in the price coming down drastically apparently due to a stiff competition. Today, 1800 numbers means an affordable deal with no set up charges, tons of attractive features and monthly expenses that do not cost you much. Some dealers also offer 30-day trial period absolutely free of cost.

When Did Toll Free Number Start? Which Company Started it?

It was in the year 1967 that AT&T launched this product and it was known as “Interstate INWARD WATS.” It was a mere idea and the company did not have any idea that the service would grow by leaps and bounds and would be popular among the business community. Indeed, these numbers were considered more like a solution to the shortage of operators and named them: “Automated Collect Calling.”

But, the free phone numbers appeared in the UK in 1960s and Post Office used to run such a facility. Later on only, AT&T in the United States during used these numbers as a tool to collect calling. Never had AT&T realized that after two decades of its initial launch, 40% of the calls  on AT&T’s long distance network would be toll free.

Here is the quick look at the significant facts about the toll phone numbers.

Today, perhaps nobody knows the modest beginning of toll free numbers. Hence, what has started as a necessity about 5 decades ago is more like an indispensable marketing tools for all businesses whether big or small.